The new Valorant Esports Ecosystem which will be used in the VALORANT Champions Tour starting in 2023, was introduced by Riot Games on Tuesday. In addition to the three Tier 1 international leagues for the Americas, Europe, the Middle East, Africa, and the Asia Pacific, Riot announced that there would be 21 Challengers leagues around the world. In order to support tier-two and tier-one VALORANT and give teams the chance to compete in tier-one international leagues. If you find it hard to understand, This article will guide you thoroughly. Valorant Challengers 2023 Valorant Ascension series

Challengers will change into a vast tier-two ecosystem with weekly worldwide competition and an option to join the international league starting in 2023. There will be 21 regional Challengers circuits in total, including local competitions for many additional nations as well as North America, Brazil, Korea, and Japan. For a better understanding, u can see the below image. 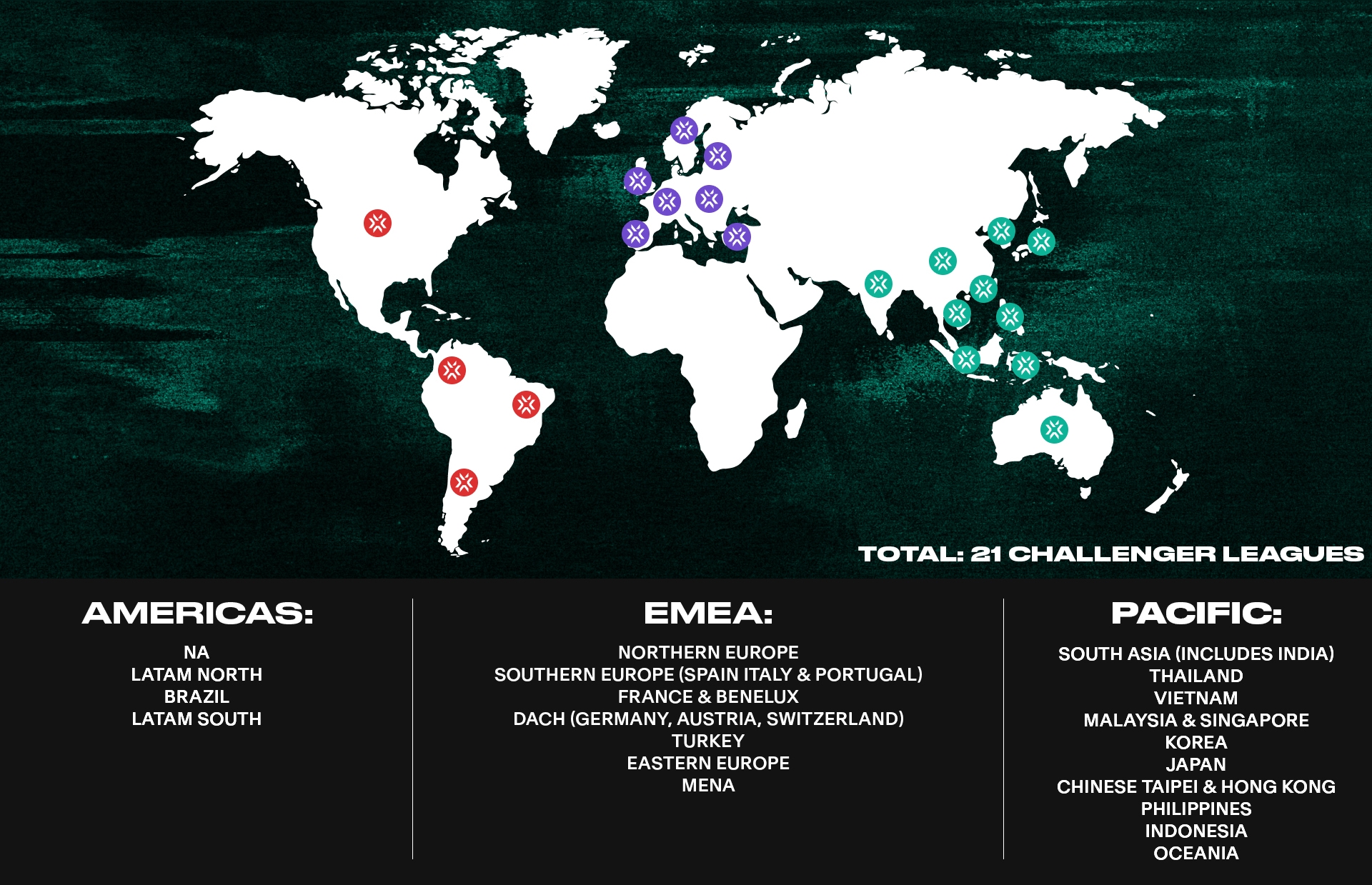 Ok so far so good, You understood that now most regions across the world will cover under each 21 regional Tier 2 Champions League, But, What next? The winner of these respective regional leagues will make it into the playoffs of three divided regions across the world- Asia Pacific Challengers Playoffs, EMEA, and Americas.  Valorant Challengers 2023 Valorant Ascension series

The top teams from the Challengers Leagues will play in the Valorant Ascension series, a trio of competitions that will determine the top Challengers team from the Americas, EMEA, and Asia, following the conclusion of the leagues. The Ascension tournament champions will be granted two years of access to play in their respective international leagues. You can see the ladder below: 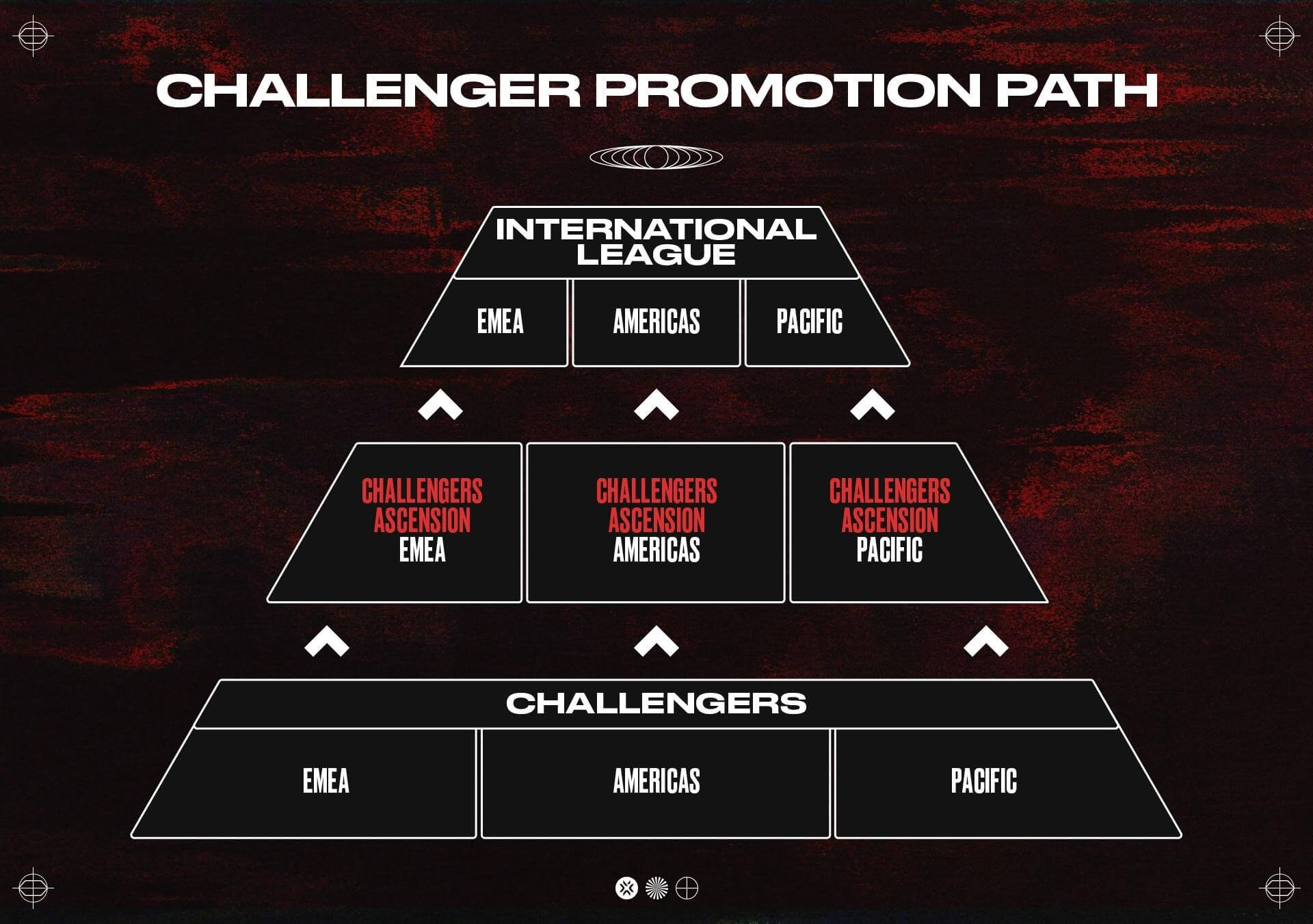 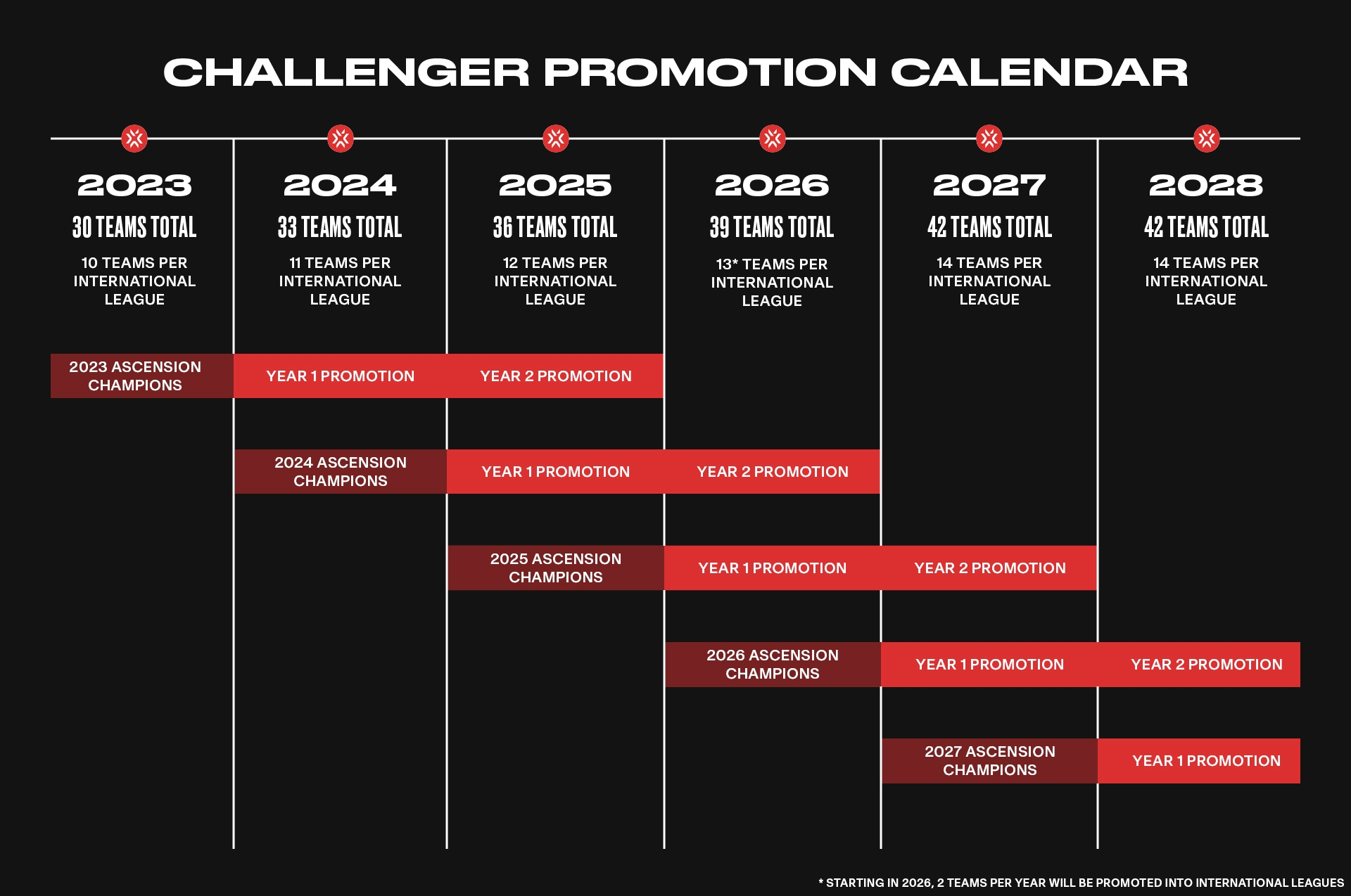 Later this fall, more details have been promised. Before the year is over, specific information will be made available regarding regional open qualifiers, the Challenger schedule as a whole, and Ascension competitions. Due to the application process for the international leagues, a trend of organisations leaving VALORANT in recent months may be reversed thanks to the structure. Organizations that failed to advance through the selection process were forced to let their athletes go because they had no chance of competing with the best.