Last Year, 2nd September emerged as a black day for all the PUBG Mobile fans and teams in India. PUBG Mobile Indian servers were banned after the order released by the Government of India. Since then the PUBG Mobile teams based in India are trying to sustain themselves and sitting tight to see their favourite game getting back in the region. Though we don’t have any official dates for the game release in India. But we have some great news for the PUBG Mobile fans. Two Indian teams i.e. Team Solo Mid (TSM) and Galaxy Racers are invited for the upcoming PUBG Mobile Pro League – Season 1 2021: Arabia.

INVITED TEAMS AND THEIR ROSTERS

According to some strong resources, the players of TSM and Galaxy racers will be travelling to the United Arab Emirates to start their journey in the PUBG Mobile esports. According to the rules, at least 3 players should be a resident of the participating region. As a result, TSM and Galaxy Racers as a whole will be temporarily shifting their boot camps to UAE.

Galaxy Racers is an esport organization from the United Arab Emirates. The players could be settling in their existing boot camps. Galaxy Racers formed the PUBG Mobile team with the merger of Cletz and SynerGE. Though the team players were not announced at that moment. We have the roster names that will be playing under the banner.

Note – There could be changes in the team rosters. Stay tuned with us for all the latest information.

PMPL Arabia 2021 Season 1 League stage will be starting from May 18th, 2021. A total of 20 (11 invited + 9 qualified) teams will be drawn into the desired number of groups. It will be 3 weeks long league stage comprising of two stages weekdays and super weekends.

Only points of each Super Weekend are cumulated towards league standings. The top 16 teams based on Super Weekend points are qualified for Finals.

The prize pool has not been announced yet by the organizers. 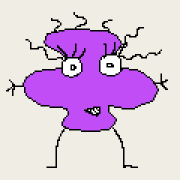 Ayush Hemdan
Ayush is an engineer, gamer, esports enthusiast and a writer by hobby. He has been following esport gaming from a couple of years making him immensely knowledgeable in this field.