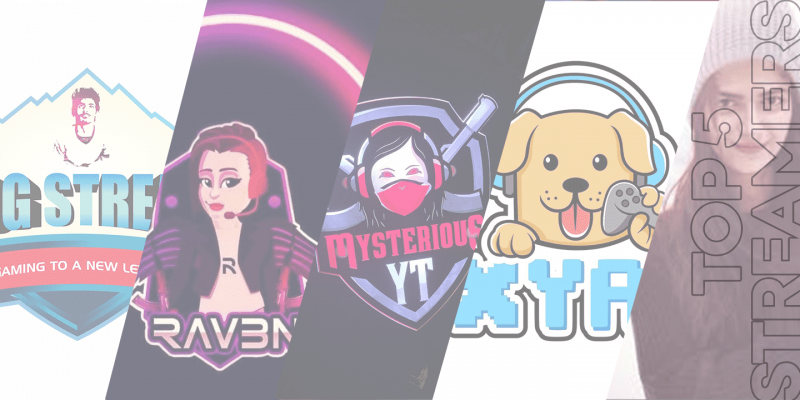 With the development of internet services and smartphones, more and more gaming enthusiast getting engage on a popular streaming platform like – Youtube, Twitch and any other platform for search of gaming content. There was a lot of male dominance on gaming content and information on the famous platform especially -YouTube. But apparently scenario is changing quite past. After a ton of male streamers, there has been a lot of active participation from female streamers also.

With the increasing popularity of PUBG Mobile, Indians are approaching the game and participate in many PUBG events and however this game has a lot of contribution to increasing gaming contents and stuff from all kind of creators.

S0, as of August here are top 5 girl streamers on Youtube : Shagufta’Xyaa’Iqbal, an Indian YouTuber from Bhubaneswar, Odisha, runs her YouTube channel by the name of Xyaa. She has been playing a lot of games previously such as Claw, Prince of Persia, Age of Empires and is currently streaming PUBG PC and PUBG Mobile. She mentioned that Counter-Strike and Dota 2 made her pursue this career. Recently she partnered with famous software and computer peripherals  ‘Logitech’. Paridhi’Rav3n’Khullar is a streamer and professional PUBG Mobile player for one of the famous clan-8bit. Paridhi plays under the name 8bitrav3n. She has a YouTube channel by the name of Rav3n, which has 223K subscribers as of July. She was the first Indian girl to participate in PMSC-2018. Paridhi is also an active CoD and GTA player. She usually plays with other famous names in the gaming community such as 8bitThug, 8bitMafia and  Soul Mortal. Shazia’MysteriousYT’Ayub, a girl from the city of Joy – Kolkata. She is a PUBG Mobile payer. Shazia is part of a clan called Intoxicated and her Favourite weapon is Sniper(AWM) and she loves to play a role of Sniper in her team. She is an interior designer and a full-time streamer. She has been one of the most active streamers YouTube and known for her exciting gaming content. A girl from Kanpur – Uttar Pradesh, Annie’s YouTube channel is called the Rog Stream set up by her brother as often mentioned by herself during the live stream. She occasionally plays other games as well but is particularly focused on PUBG Mobile. Presently her YouTube channel has more than 334k subscribers. #1 on our list is none other than Pooja Khatri, the streamer hails from Delhi. She has a youtube channel named as – Pooja. She loves to play games and her channel mainly inclined towards content related to Pubg Mobile. Apart from the streamer, she is an active model and actor. She has played many roles in famous TV shows like CID (Sony TV), Sankatmochan Mahabali Hanuman (Sony TV) and Ichhapyaari Naagin (Sab TV).

It is a fact that male streamers have more active traffic than female streamers still the rising participation of all gender brings gaming community to unite. All these girls started from zero and reached so far today on the basis of their hard work. They are an inspiration for all those girls who want to show their gaming talent and enthusiasm through the different Social Media platform.