The Rock is Going to do Another Badass Video Game Movie

Dwayne “The Rock” Johnson is getting set to star in another Video Game Movie as per a recent interview with Men’s Journal about his upcoming superhero film Black Adam. Johnson has already worked with Microsoft and Xbox, according to the Men’s Journal interview, which seems like a fairly direct question unless that’s who he’ll be teaming up with next. While Gears of War could be the first thing that comes to mind, Johnson only gave a few indications in his interview response.

“I can’t tell you which game, in particular, we’re doing, but there will be an announcement this year,” Johnson told Men’s Journal when asked about future plans to bring video game characters to the big screen. “We’re going to bring one of the biggest, most badass games to the screen–one that I’ve played for years. I’m really excited to bring it to fans around the world. Of course, we’re going to do right by our gamer friends–but really we’re just going to make a great movie.”

When asked what he plans to do after Black Adam, Rock revealed his plans. Now comes the fun part: guessing what game or series of games The Rock is currently working on. The fact that he has been playing it for years shows that it is part of a series or has a large number of sequels. Rock is a busy man who is unlikely to return to the same game over and over. 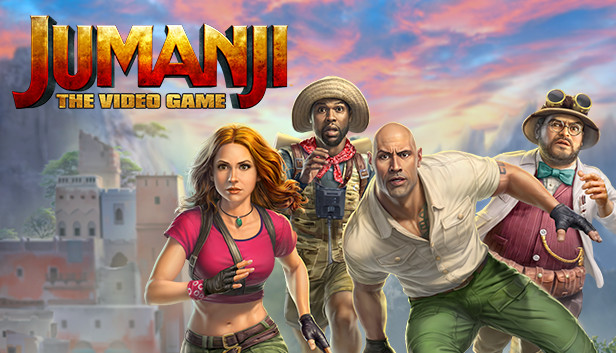 JUMANJI: The Video Game on Steam

Since Johnson’s hint, social media has gone crazy with people speculating on what the video game to a film project might be. Obviously, by “guess,” I mean they’re meeting the night away. The internet has a few good knee-slappers, from Dark Souls to Animal Crossing.

It’s possible that it’ll be a Call of Duty film. A movie spinoff of the long-running series was in the works a few years ago, but development was put on hold indefinitely in 2020. Perhaps Rock will appear in the rumored Mass Effect program, despite the fact that he clearly states that this unidentified project is a film. If you have some idea in which game The Rock will feature a movie next, feel free to comment down.