PMPL South Asia Championship Spring 2022 Day 4: Results, Overall Rankings, and More- PUBG Mobile Pro League South Asia Championship Spring 2022 finished today. The last day of the tournament was full of seriousness and tension. The Bottom teams tried to get to the top while the top teams fought hard to maintain their spot. Everyone was super serious and the matches were just amazing. The team that got the top spot today was Stalwart Esports. Stalwart Esports maintained the top spot for all 4 days and proved themselves to be worthy of the title of Asia’s Champions.

The last day of the PUBG Mobile Pro League South Asia Championship Spring 2022 was full of action and fun moments. Stalwart Esports undoubtedly dominated the matches and following them was Trained to Kill. Let’s take a look at today’s results. 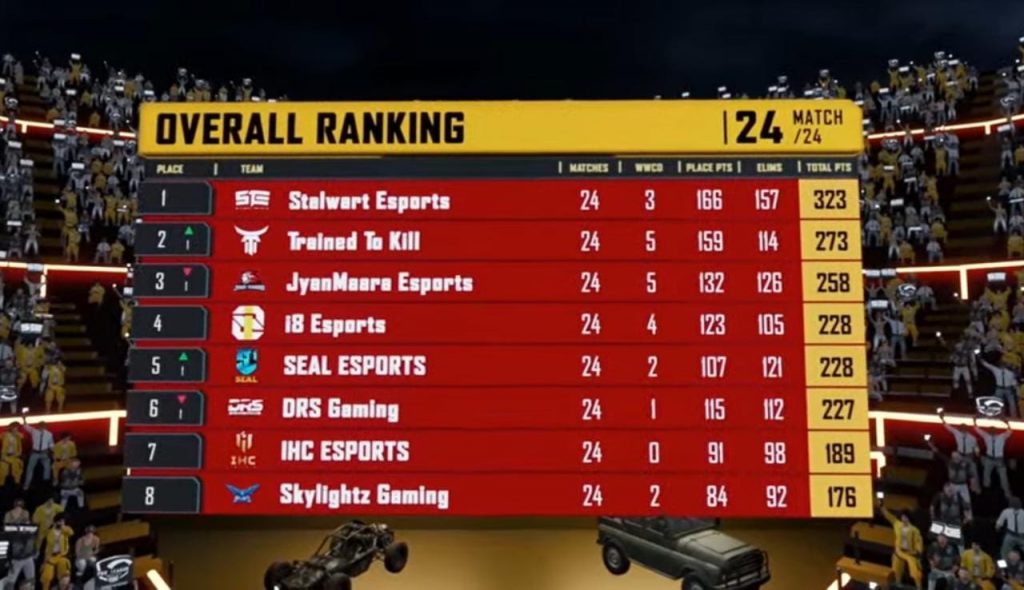 Stalwart Esports emerged as the winners of this year’s PUBG Mobile Pro League South Asia Championship Spring 2022. The team had a huge amount of points and their performance was top-notch. It will be fun to see the next championship that takes place. Click here for more information. Make sure to stay tuned with us for more future updates.