Ampverse, an esports startup based in Singapore, has raised $12 million in Series A funding headed by Falcon Capital. Based on statistics from PitchBook and other third-party sources, the firm claims that this is the largest Series A raised by an esports organisation in Southeast Asia. The funds will be used to expand Ampverse’s play-to-earn business in Indonesia and the Philippines, as well as to acquire new esports teams and scale the company’s play-to-earn unit.

Esports teams, play-to-earn gaming guilds, and gaming collectible brands are all part of Ampverse’s portfolio. It also collaborates with game-related content developers. Disney, Samsung, McDonald’s, Lazada, and Porsche are among its major clients. Revenue increased by 125 percent in the last year, according to the corporation. Ampverse Raised $12 Million

“Ampverse has witnessed tremendous growth over the last twelve months, with 125 percent revenue growth and expansion into the Vietnamese and Indian markets, while also strengthening our esports assets portfolio. We will utilise these funds to move forward to solidify our position within Southeast Asia by continuing our expansion into Indonesia and the Philippines. We are also thrilled to continue scaling our esports and new play-to-earn business unit through further merger and acquisition (M&A),” said Ferdinand Gutierrez, Chief Executive Officer of Ampverse.

“The progress that the Ampverse team has delivered in a short period is remarkable,” Falcon CEO Wil Rondini said in a prepared statement. We know Ampverse’s future is bright, thanks to their continuous esports M&A strategy and play-to-earn vision.”

Ferdinand Gutierrez, Charlie Baillie, and Matthias Meti formed the esports company in 2019. Both Gutierrez and Meti formerly worked at livestreaming company Twitch as director of marketing and director of content for Southeast Asia, respectively. Baillie was previously the managing director of RhythmOne, a digital adtech startup, for Asia Pacific. 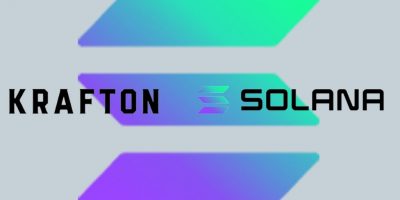