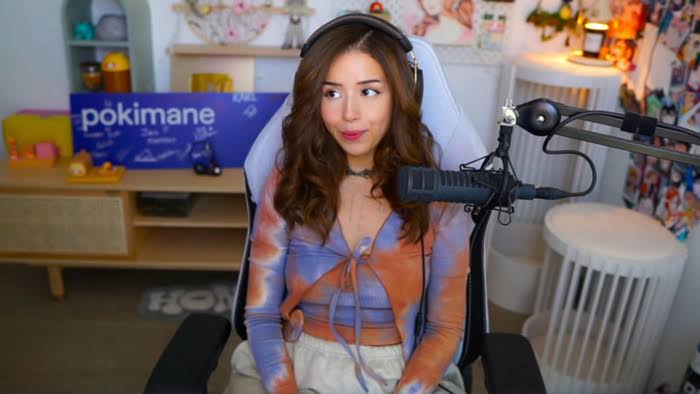 Pokimane OnlyFans Account: Pokimane on opening an OnlyFans account, “The opportunity has been around” – Popular Twitch streaming star Pokimane addressed queries regarding having a career through ‘OnlyFans content creation. The streamer couldn’t help but dive into the details of the prospect of the career and how she views it for herself.

Pokimane is known for being vocal about topics ranging from personal experiences to social issues. Apart from gaming streams, she has loved her ‘Just Chatting’ streams on Twitch. Though she has a huge fanbase on Twitch, she is often asked about other career prospects that she might pursue. One such incident happened recently when some of her fans urged her to take the risky but lucrative step of creating an OnlyFans account.

Pokimane OnlyFans Account: Pokimane on opening an OnlyFans account,”The opportunity has been around”

A variety of content that appeals to their target audience can be posted by OnlyFans creators. The lack of many restrictions on OnlyFans makes it simple for content producers to submit adult material, which is what the website finally became renowned for.

Twitch streamers like Amouranth and other influencers have made it big both in terms of fame and money through their ‘OnlyFans’ account. Alinity, for instance, made more money in two months than she would have on Twitch in ten years, while Amouranth has already made a fortune of $30 million.

Despite the fact that Pokimane thought she might earn up to $10M every month on OF, she has yet to sign up and put the matter to rest on a recent broadcast. When a viewer asked Pokimane if she had an OnlyFans account during a Twitch stream on January 18, she had the ideal response.

Pokimane further explained why she doesn’t think it could be a career of her choice. “I know that’s not the career path for me,” Anys explained. “It’s just like that. I know I like blue and I know I don’t like green peppers. I don’t like the way that they taste. It’s that simple.”

Though she could cash in big if had an OnlyFans account, she made it quite clear that the prospect doesn’t appeal to her.