In the Quarter-Final Of Worlds 2020, G2 won the first three games in a very short time and showed super dominance. After this win, G2 qualified for Semifinals for the third time in a row in WORLDS. Postgame, AD player Perkz, G2 esports said that his overall performance was even better than last year. The past few years have been good, the team performance is more comprehensive and all aspects have improved, even more, straightforward DWG said: “Sorry, no LCK team can enter the finals this year.”

It shows confidence in the team’s performance. 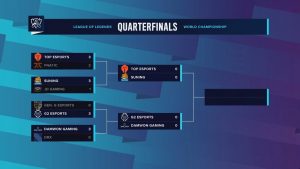 G2 Esports is headed into the semifinals of Worlds 2020 to face off against current tournament favourite DAMWON Gaming. The series will be a much tougher battle for the LEC champion as compared to the match against Gen.G, but Caps might be the only mid laner in the tournament who can match Heo “ShowMaker” Su due to a quieter than expected performance from Top Esports mid-laner Zhuo “knight” Ding.

The semifinals of the “League of Legends” World Championship will start from October 24th. The first day will be the European-South Korean battle between G2 and DWG, and the next day will be the LPL civil war. LPL’s third seed Suning will face the summer champion team TES esports and stand out from the top four. The winning teams will enter the finals and compete for this year’s championship.