The complete guide on “How to build items, Use runes and spells, Skill order” required to play Wild Rift Malphite. League of Legends Wild Rift Malphite is a Vanguard Champion majorly played in Baron Lane. He will mostly do Magic Damage and has lots of crowd control. When playing this Tank champion in the Solo Lane, we rank it as an A-Tier pick.

The Best Runes for Malphite in Wild Rift is the Grasp of the Undying Keystone, followed by the Weakness, Spirit Walker, and Manaflow Band Minor Runes.

GRASP OF THE UNDYING

Gains increased percentage size equal to 8% of his total armor.

He also shields himself for 10% of his maximum health. The shield will last until it is broken, and it refreshes if he has not taken any damage for a few seconds.

Passive: Gains bonus armor which is tripled when Granite Shield is active.

Active: Malphite’s next auto-attack gains bonus range and deals bonus physical damage on-hit. Remaining auto-attacks within the next 5 seconds also trigger an on-hit cone, which deals physical damage to all enemies hit in the direction of the initial target.

Slams the ground, dealing magic damage and crippling all nearby enemies for a few seconds.

Dashes unstoppably to the target location, deals magic damage and knocks any enemy near his arrival point.

Dead Man’s Plate – Grants HP and Armor and it increases your movement speed as well which will help on having better positioning for good initiations.

Plated Steelcaps – Provides armor and a lowers the damage you receive from auto attacks. Build Mercury Treads instead if facing AP heavy team compositions or those with lots of crowd crowd controls. If you are playing on the top lane and your team has difficulty on clashes in the early game, you can opt to buy an early

Teleport Enchant so you can always quickly back up your team.

Thornmail – Deals back a portion of the enemy’s damage who auto attacks you and it scales with your armor so you’ll deal a good amount of damage against ADCs with this item. It also applies Grievous Wounds to your attackers.

Abyssal Mask – Increases your HP, Mana, and magic resist. It also grants the Abyssal passive which increases the magic damage taken by enemies around you which will increase your damage output and your APC’s as well.

Randuin’s Omen – Decreases the damage output of ADCs against you because champions attacking you will have their critical damage output and attack speed reduced. 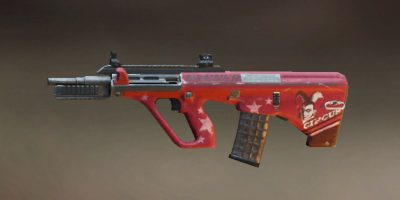