The complete guide on “How to build items, Use runes and spells” required to play Wild Rift Lux. Wild Rift Lux is one of the best mage champions. She is commonly played in the Dragon Lane as Support. When playing this Support Champion in the Dragon Lane, we rank it as a B-Tier pick. Lux will mostly do Magic Damage and can deal a lot of damage. We consider this champion less difficult to play.

As we all know Runes add or enhance champion abilities and statistics. Players can use them to customize their champions before the start of a game. We have brought you the best possible runes for Lux. The Best Runes for Lux in Wild Rift is the Electrocute Keystone, followed by the Brutal, Regeneration, and Manaflow Band Minor Runes.

Lux’s auto-attacks and Ultimate against these targets consume the mark to deal bonus magic damage.

Throw a projectile in the target direction which roots the first two targets that it hits. It also deals magic damage.

Throws a ball of light at a location which then spreads out once it reaches the target area. The area lasts up to 5 seconds and any enemy unit in the are will be slowed. At the end of the duration, or if Lux recast’s this ability, the area detonates and deals magic damage to all enemy units within it.

Fires a massive beam of light in a line that deals magic damage to all enemies it hits. It also reveals the surrounding area in the path of the laser.

Ardent Censer – Provides the Censer passive which adds a buff effect to your W, Prismatic Barrier which grants additional attack speed  and bonus magic damage to your attacks to you and your shielded ally.

Ionian Boots of Lucidity – Grants ability haste and decreases the cooldown of your summoner spells as well. Upgrade with the Stasis Enchantment to protect yourself from burst damage combos. Redeeming, Quicksilver, and Protobelt Enchant are viable alternatives as well.

Rabadon’s Deathcap – Grants the highest possible AP that a single item can give. This item is OP with Lux because she has high AP scaling.

Morellonomicon – It has a +15 Magic Penetration. The Magic Damage applies Grievous Wounds to enemy champions for 3 seconds.

VALORANT Reportedly Coming to Mobile Devices, Will it Launch This Summer? 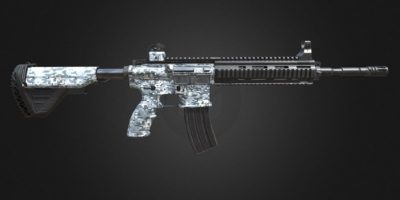