Genshin Impact Made more Money than GTA 5 and Fortnite in their First Year. Action role-playing game- Genshin Impact that is completely free to play become one of the most successful games of the year. In its initial year, Genshin Impact topped the list of highest-grossing games. Despite the fact that Genshin Impact is free, creator miHoYo earns a lot of money via the game’s gacha mechanisms. According to recent data, Genshin Impact has brought in more money than most fans and onlookers expected.

Genshin Impact Revenue was previously rumored to have made over $2 billion USD in less than a year, solely through mobile. We now have new numbers indicating that the game generated $2.1 billion in revenue on mobile in its first year on the market.

While this is an astounding statistic, the game is reported to have produced between 2.5 and 3.7 billion dollars when both PlayStation and PC revenue are factored in. If these projections hold true, Genshin Impact Revenue will have dethroned Fortnite as the most profitable game ever in its first year. 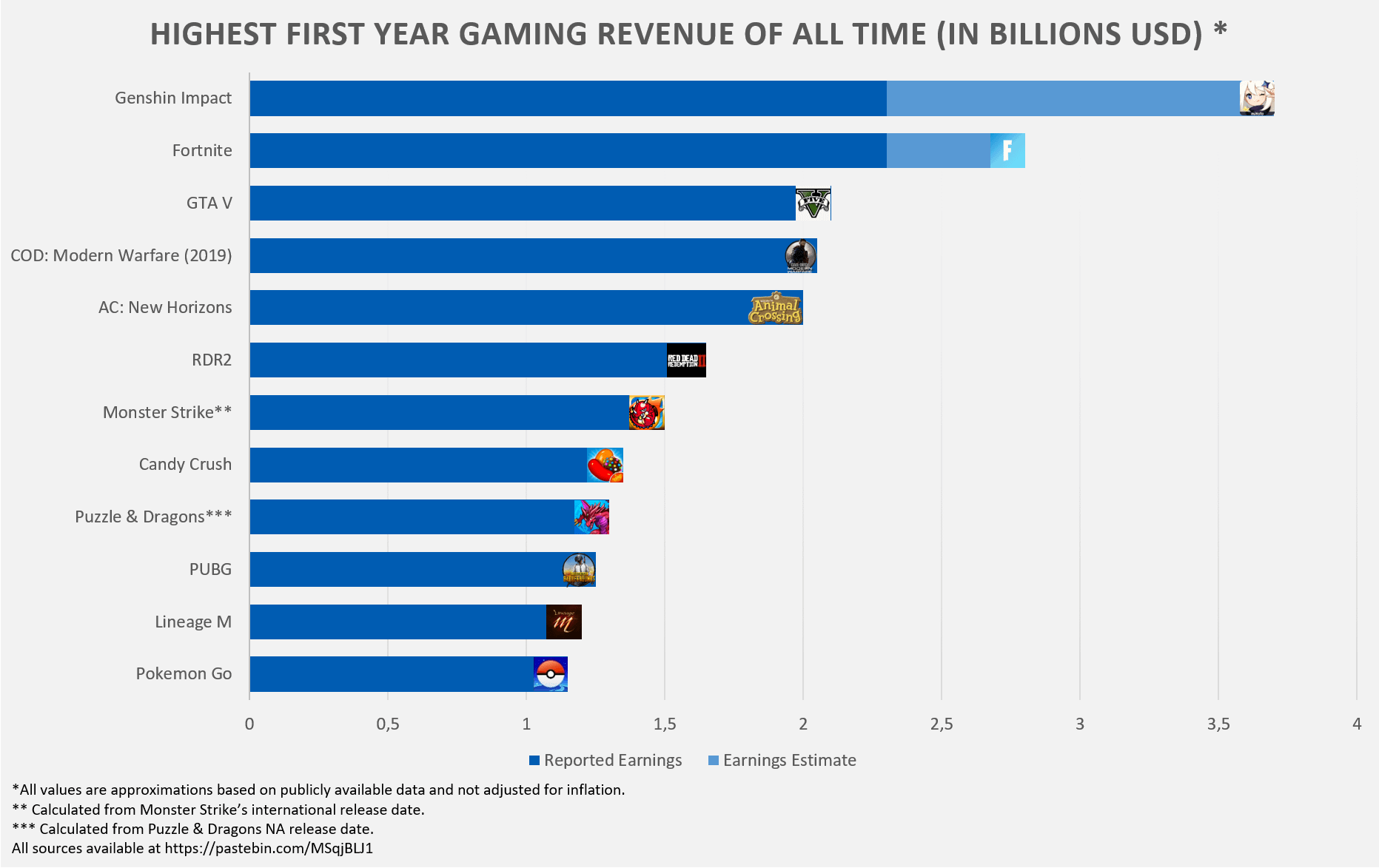 As previously said, Fortnite previously held the top slot, with GTA V coming in second and Call of Duty Modern Warfare 2019 completing out the top three. For the purpose of comparison, both Pokemon GO and PUBG made little over $1 billion in their first year of release.

In early 2021, Genshin Impact was estimated to have been downloaded 17 million times, with an all-time high of 11 million active monthly users reported in July. While that figure has dropped to roughly 8 million in recent months, miHoYo has nevertheless managed to establish a large player base. The regular addition of new characters, a new region in the recent Genshin Impact 2.0 update, and opportunities for dedicated players to claim awards have kept their player base mainly satisfied. As the game enters its second year, Genshin Impact still has a lot of room for expansion.