Fortnite x RoboCop: Fight for justice with the latest RoboCop outfit added to Fortnite – A new skin bundle arrives in Fortnite, and this time it is not a superhero, but a supercop that will make its appearance. RoboCop is the part-man, part-machine supercop protagonist of Paul Verhoeven’s 1987 film. The film was based on the dystopic future of Detroit where RoboCop arrives to solve the crime issues. The addition of the RoboCop bundle in Fortnite will attract the fans of this pop culture icon.

Players can now get RoboCop from the Fortnite Item Shop. He is the latest addition to the Island’s Sentry guards who are here to fight back against evil. Along with this Omni Consumer Products’ creation, another noticeable character will also be available in the Fortnite Item Shop. It includes the rival of RoboCop, the ED-209. Players can also ride on a mini ED-209 in a new Emote. The LEG-209 serves as Back Bling for the Robocop outfit and also does duty as a pickaxe. Both of these items will be included in the Robocop Bundle, along with the Lil’ ED-209 emote.

Fortnite is known for the massive number of outfits that it introduces in the game through its crossovers. Assassin’s Creed, Stranger Things, Marvel Universe, DC Universe, Star Wars, Naruto, Indiana Jones, God of War, and John Wick are some of the popular IPs that have been featured in the game through skin bundles and packs. Even celebrities like Naomi Osaka, Drake, Ariana Grande, Marshmello, J Balvin, LeBron James and others have also teamed up with Fortnite. Thus, the addition of the pop culture icon Robocop is not that surprising.

MGM holds the rights to RoboCop and Robert Marick, who is the Executive Vice President of Global Consumer Products and Experiences, also gave his views on the addition of the character in the game. He told, “RoboCop is celebrating its 35th anniversary this year and the thrilling sci-fi franchise continues to appeal to fans around the world. We are excited to work with Epic Games’ Fortnite on this RoboCop integration and bring dedicated fans new interactive experiences.”

Stay tuned as we bring to you more news and updates from Fortnite. 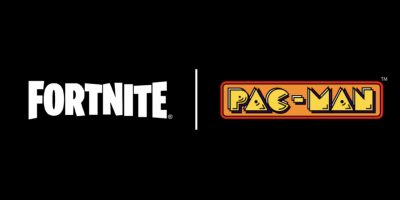