Fortnite Chapter 3 Season 4 Competitive Updates: Here is All You Need To Know: It is time for the players to get a new Fortnite season. And with a new season comes new competitive updates. Season 4 of Fortnite has a lot in store for the players. A whole fresh Fortnite Divisional cup, zero build tournaments, and much more are awaiting the players in the next season. Epic Games is undoubtedly working hard on the next season. Here are all the details you need to know.

Epic Games is always full of ideas and season 4 of chapter 3 of Fortnite is again going to be an amazing season. The competitive updates of the game are enough to explain how much effort the developers are putting in. Here is the thing the players will see in the next season of the game. 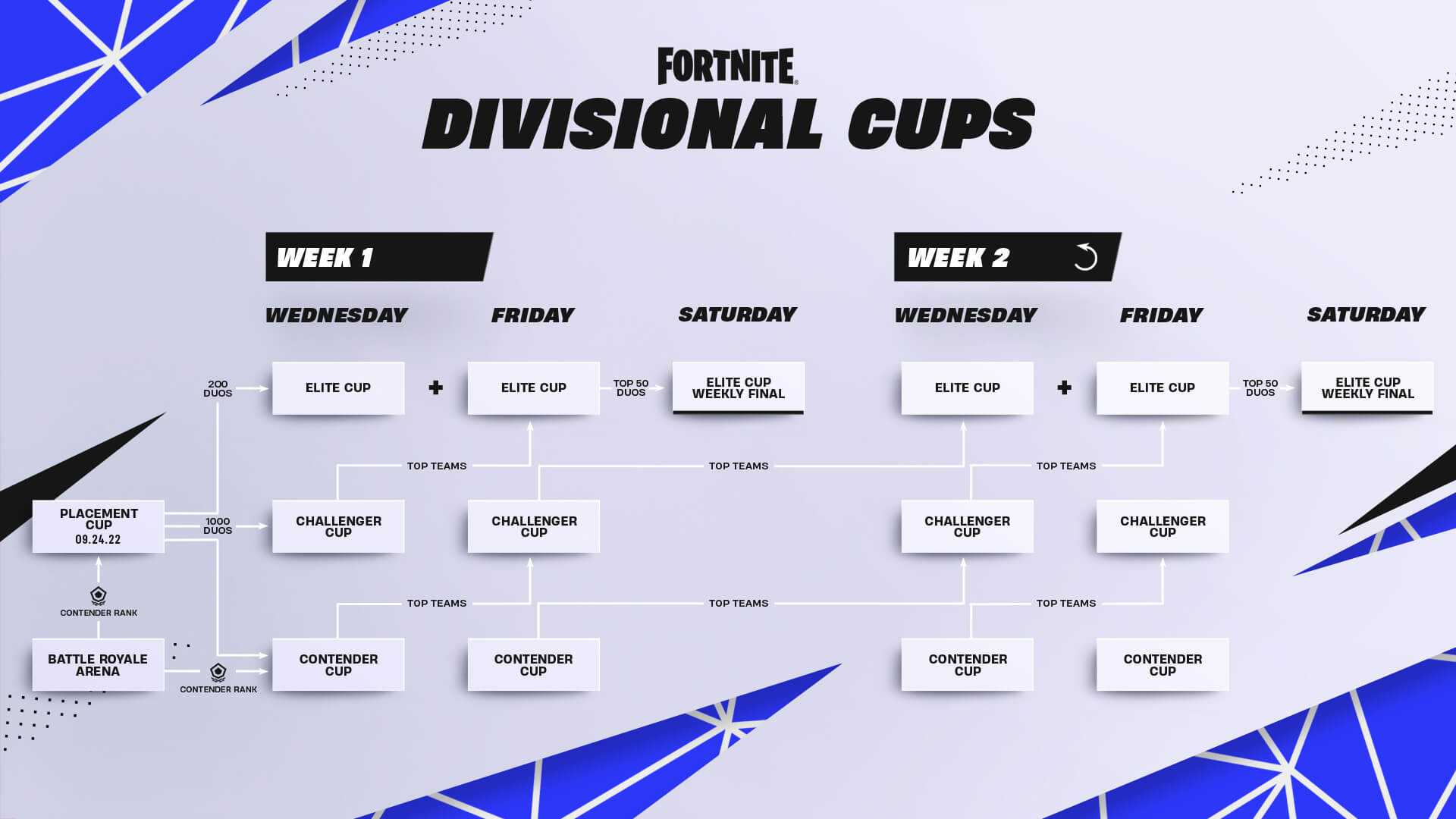 As you can see in the image below to participate in the Placement cup or  Contender Cup you need to be in the contender rank in Battle Royale Arena. The top 200 duos of the placement cup will get a chance to play in the Elite division of this new format where they can get earn cash prizes. The Divisional cup will take place every week starting from the 24th of September so be sure to take part and get a chance to earn cash prizes and even go pro.

The developers will also bring us two zero-build tournaments each week along with one cash cup, where the players who love zero-build can compete. Next Epic Game is also trying to bring us Late Game Arena, quick cups, and even cash cups in late season 4.  A lot of other smaller tournaments such as Fall Fortnite Collegiate Cups and Arena playlists such as Battle Royale – Solo, Duos, and Trios and Late Game Solos and Duos are also being focused on.

Chapter 3 Season 4 will surely prove an amazing season for all the Fortnite players who want to compete in tournaments. The official Epic Games Blog also states that Fortnite Competetive is now on Instagram Make sure to play the new season when it releases and also make sure to stay tuned with us for more updates.

CoD Mobile Season 8 Draw: How to get The Director character skin, Check Details