Fortnite Chapter 3 Season 3 release date and Battle Pass have been leaked! Players and fans of Fortnite already know about the upcoming Live Event that is going to be held. But now, there have been various leaks that suggest that this event is not too far. Even the release date of Season 3 has also been leaked this time. Here are all the details that you should know.

This Animation will be played when loading into the #Fortnite Live Event! pic.twitter.com/YCwsBLKcbQ

Fortnite Live Event will be held on June 4

ShiinaBR has tweeted that the upcoming Fortnite Live Event will be held on June 4. Even other veteran leakers of the Fortnite community have posted the same information on their social media, gaining wide attention. While Epic Games had scheduled to end the ongoing Chapter 3 Season 2 on June 3, it has now changed its plans. According to leaks, the Live Event will be held on the weekend, which is Saturday, June 4.

According to the leaks, Fortnite Chapter 3 Season 3 will be released on Sunday, June 5. It falls in line with Epic Games’ habit of releasing new seasons on Sunday. The timings for the Live Event or the beginning of Season 3 have not been revealed yet.

CONFIRMED: The Live Event will take place on June 4 (Saturday), and Season 3 starts on June 5 (Sunday)!

Information was first tweeted by @MidaRado, I heard the same dates as well a few days ago.

Fortnite Chapter 3 Season 3 Battle Pass: There have been various leaks in the Fortnite community regarding the Battle Pass of this coming season. If one trusts the leaked photos, we can see that new Bundles featuring Indiana Jones and Darth Vader will be coming in this Battle Pass. It can be true as Epic Games have already announced that they are going to introduce the Obi-Wan Kenobi Bundle Pack at the end of this month. Thus, introducing a new outfit of a legendary Star Wars character is not too far-fetched. 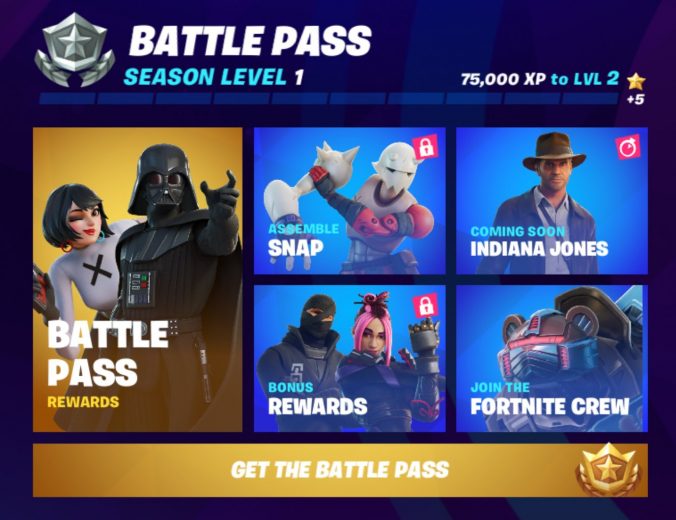 Irrespective of the fact that this leaked Battle Pass image of Season 3 is fake or not, fans and players can look forward to the new things that will be introduced with this pass.

Stay tuned as we bring to you more updates and the latest news regarding Fortnite.