Crytek has officially revealed Crysis 4 after remastering all three games over the last few years. Crysis 4 is the next iteration of the game, reimagining it for modern platforms and PC. The teaser, titled simply “A Crytek Announcement,” features a variety of imagery, ranging from an unstable sun to a falling structure, before finishing with a giant number 4 and the phrase “Join the journey. become the hero.” Read more for Crysis 4 Release Date and Trailer Info.

It’s time to join the journey and be the hero.

Following the release of Crysis 3 in 2013, the series appears to have been placed on hold as developer Crytek has moved on to other projects such as Hunt: Showdown while also restructuring and appointing new leadership. However, thanks to the recent remaster of prior games, the Crysis franchise would remain in the public eye, which now appears to be a hint to more to come. Crysis 4 was officially revealed with a new teaser, following an unintentional leak by Crytek China.

Despite the fact that Crytek’s own teaser does not mention Crysis 4, a fresh article on the company’s website confirms the project, claiming that production is still in its “early phases.” Crysis 3, the series’ most recent installment, was released almost a decade ago with EA as its publisher. Crytek hasn’t created many additional games since then, but last year it assisted in the remastering of all three original Crysis games for PC and current-gen consoles.

The teaser shows what appears to be a city being destroyed and disintegrating, maybe as a result of solar flares. However, the number four emerges from the ruins, almost as if it were knitted together into a nano suit, which is a technology used by the Crysis protagonists.

Crytek’s teaser has no information about Crysis 4 Release Date or which platforms it will be released on. However, it’s reasonable to expect it to be released on PC with current-generation consoles such as the PS5 and Xbox Series X. In the interim, Crysis Remastered from 2021 is a wonderful spot to start catching up on the franchise.

Read More: The Rock is Going to do Another Video Game Movie, Fans are Expected to Guess Game 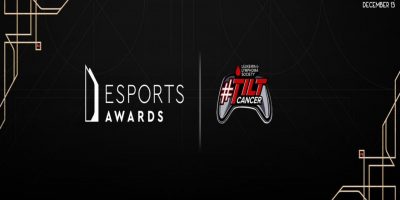