Is poker an eSport? Obviously, we’re talking about online poker here, a growing industry that has seen significant worldwide engagement over the past 18 months or so. Fueled by the pandemic, online poker providers have seen more players signing up for accounts and even the relaxation of poker laws, slowly but surely, around the US. That increased engagement matches the eSports industry, which was boosted by people being restricted to their homes. Indeed, many high-profile eSports tournaments were able to go ahead unhindered, unlike physical sporting events.

What other similarities are there between eSports and online poker? The most obvious one at the very top level is prize money. Being successful in a Dota 2 tournament, for example, delivers a slice of a prize fund that tops $40m. Winning the World Series of Poker is also very lucrative, and in the early stages, qualifiers for the WSOP can find themselves there by virtue of playing online.

The one drawback between the parity of online poker and eSports is that the final tournament is played in person around a table. There is a degree of conformity; for instance, the most popular poker variant is No-Limit Texas Hold’em, and it is used across the board, but some games are in-person, and others are online. That does create an argument against online poker being an eSport, as qualifiers for The International might turn up at a physical venue, but the competition is still played online.

There is some crossover between online poker and eSports which strengthens the argument. For instance, some of the most popular poker venues around the world have also embraced eSports. The Rio All-Suites Hotel and Casino has been the home of the WSOP since 2005, and in 2018, it diversified its offering in tandem with the summer circuit of poker. It unveiled the UMG eSports Stage, which presented those poker players the opportunity to compete in big eSports titles, such as FIFA, Fortnite, and Hearthstone.

The latter title has a significant crossover with poker. It is a card-based eSport that garners a huge following, and one high-profile poker player, in particular, Dan Negreanu, embraced it. He is well-known on the Hearthstone scene and famously played against Bertrand ‘ElkY’ Grospelier at BlizzCon Hearthstone World Championships, winning the game.

“Obviously, as a professional poker player, I like strategy-based games,” he explained. “For me, I just love the depth of that strategy. There are so many intricate decisions that need to be made, much like poker.”

Does the fact Negreanu enjoys Hearthstone and sees similarities with the poker industry qualify it as an eSport? Probably not right now, no. The issue is still the physical game at the end of any online qualifying. Whilst the WSOP might not be an eSport, there is a strong argument for a fully online poker tournament to be classed as such. Therefore, something such as the World Championship of Online Poker almost certainly is an eSport – it is conducted online, people can watch, and there’s big prize money.

The difference here is the platform, and that defines the argument. Is football an eSport? No. Is FIFA 21 an eSport? Yes. The same applies to poker, although it is one of the few ‘sports’ which offer a hybrid of online and physical in the biggest tournaments in the world, and for that, it really is unique. 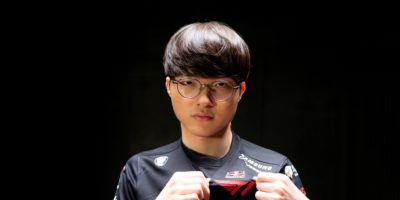