Call of Duty Mobile Masters Finals Day 1: Tribe Gaming and Truly qualified for the Upper Bracket finals. Finally, after a long wait of 5 whole weeks, we are finally at the Call of Duty masters final. Eight teams from Europe and Eight teams from North America will fight for a huge Prize pool of $50,000. On July 17 and July 18 the two regions will have their finals recently the day 1 was finished and the matchups for a day in North America were

These games were super cool for the record. The first four matches were finished very fast as all the teams who won in these matchups were having a score of 3-0. The teams that lost in these rounds were given another chance as they were all supposed to play in the loser’s bracket next. That said the fans of these 4 teams were not sad one bit as they were surely going to rock in their next matches.

In the Loser’s Bracket, the matches were pretty exciting as well and beating all the others teams NYSL Mayhem was the team that came out victorious. That said, the North American Finals tomorrow are going to be pretty exciting for sure.

The 8 teams that competed with each other on the first day of finals in Europe were.

The teams that came out victorious in this region were Stamina, XOXO, Oxygen, and NOVA. All the matches made the viewers super hyped and excited and my own favorite team XOXO didn’t disappoint Me as well.

After these matches, the next fights were super exciting and the teams that won the matches were again XOXO and NOVA. On the other hand, the Loser’s Bracket was completely conquered by the team Oxygen.

That said, the next day if the finals are going to be super good as all the top teams are going to fight with all their might. To witness these amazing matches visit the official youtube channel of Call of Duty Mobile Esports. 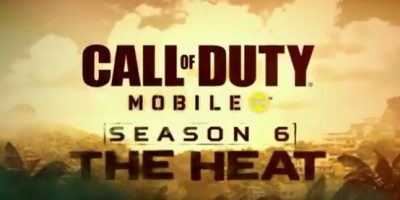