The qualifiers for “BMOC The Grind,” a BGMI practise scrim, have ended for Day 2. Team Soul, a fan favourite, topped the overall table with 50 kills and 104 points. Team XO dropped to second position with 96 points, but Hyderabad Hydras remained in third place with their solid play. BMOC The Grind, an action-packed official scrim, began yesterday. In the Qualifiers, a total of 32 teams are competing for 24 league stage spots. From 5 p.m. IST onwards, Day 2 will be live-streamed on the official BGMI channel. In the Qualifiers, each team will play a total of 12 matches over the course of four days. 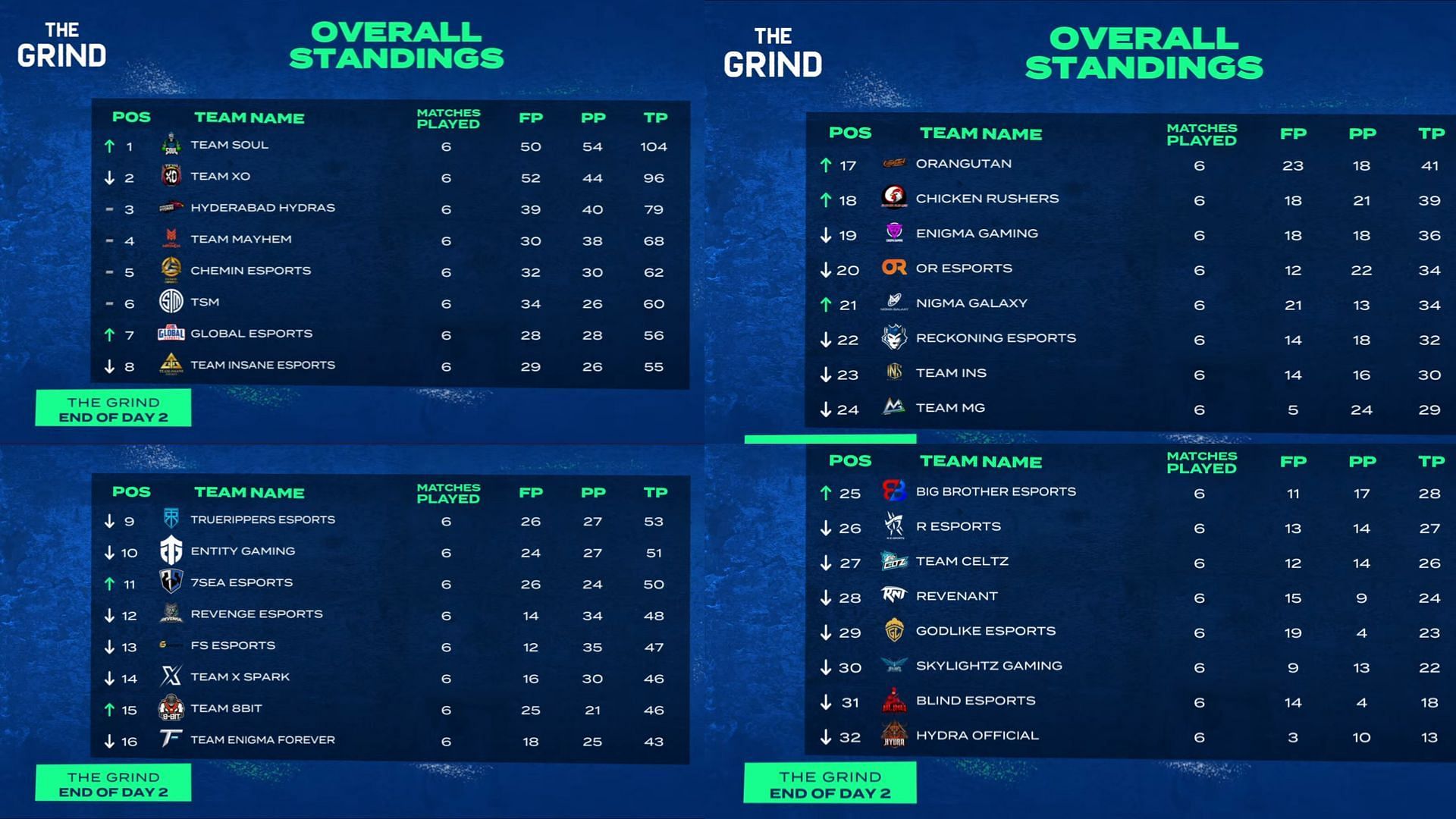