BMOC The Grind League Stage: Only 2 Days Left: Which Team is Leading after Day 2? The Battlegrounds Mobile India Open Challenge- The Grind is now finally ended its second day. Chemin Esports thoroughly crushed the Grind League Stage. The team went from 19th to first place by scoring a total of 84 points in four games today. Team Mayhem was the other team that put in a strong showing, finishing in second place in the overall standings. After the completion of the second day, Entity Gaming was ranked third with a total of 87 points. BMOC- The Grind League Stage Day 2 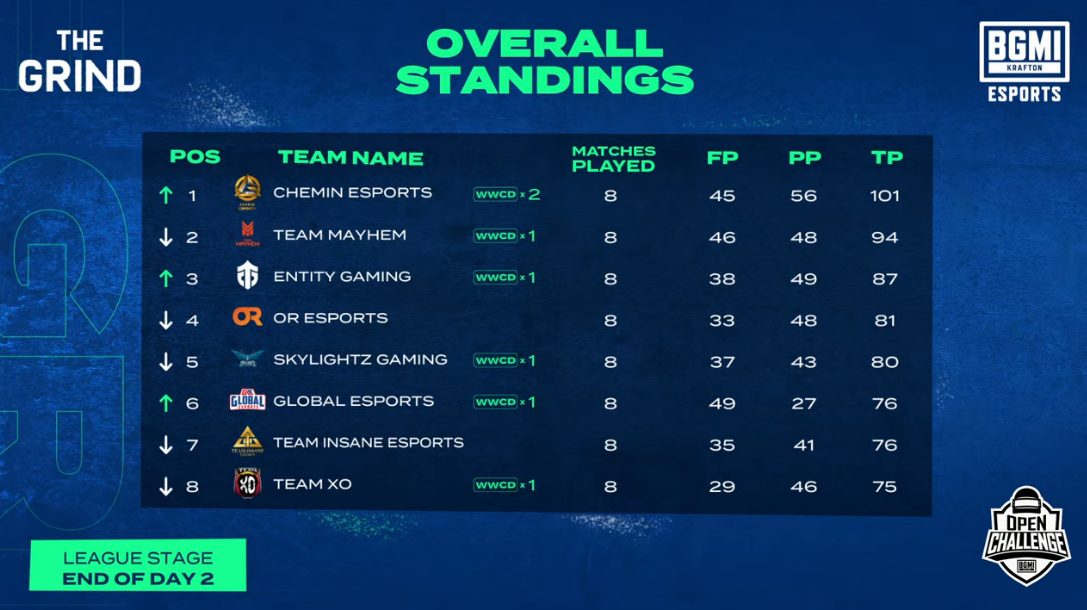 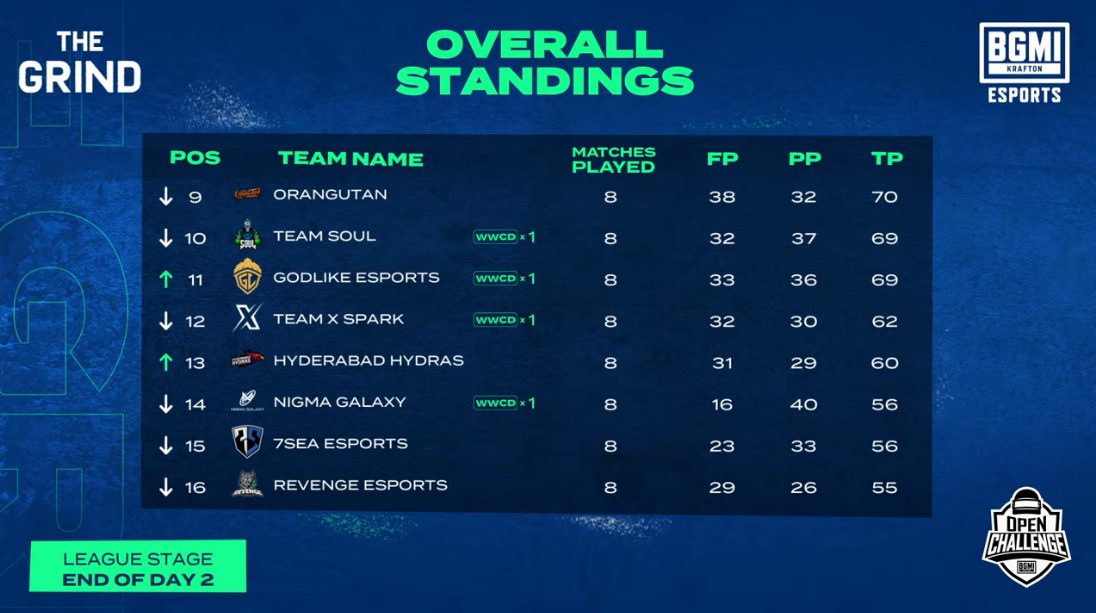 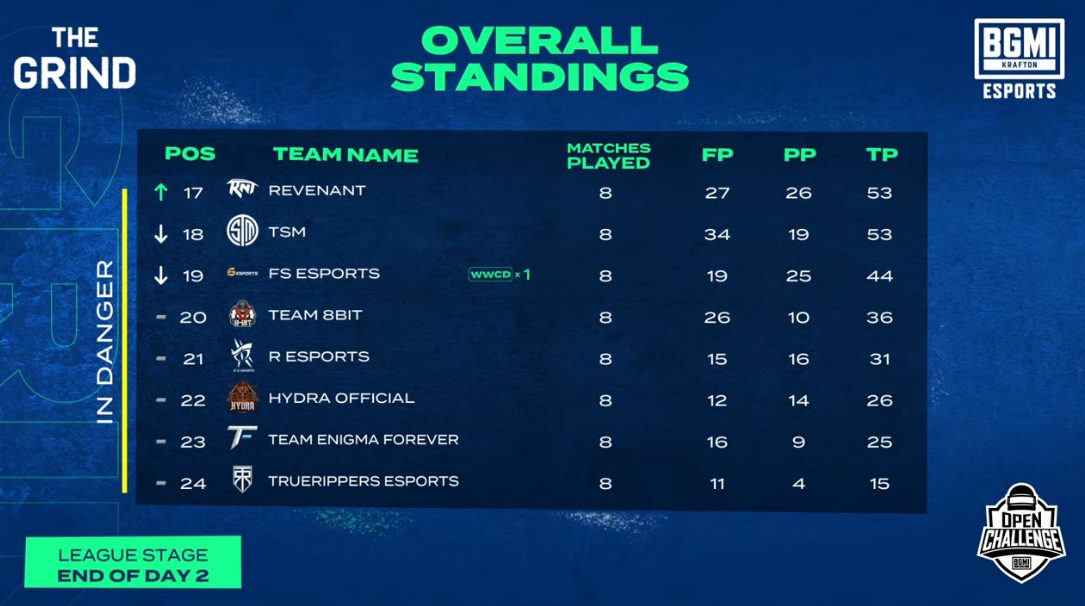 There are just two days left in the competition, and the intensity and competitiveness between teams is growing. Watch the tournament live on the official BGMI YouTube channel. Every day at 5 p.m., the tournament will begin, and the final match of the day will be played at 9 p.m., so get ready to see an incredible battle and cheer on your favourite team.