BMOC The Grind Finals: Orangutan Gaming is Champion, See Overall Standing and MVPs: After 4 intense days of action, Battlegrounds Mobile Open Challenge The Grind has finally won by Orangutan Gaming. The team gained the lead on the first day and didn’t relinquish it until the very last match. Orangutan scored 266 points with the help of three chicken meals. The team was also the most aggressive in the event, with 138 kills. In the remaining three encounters, Team Soul secured the second position in the overall standings with 109 kills and 247 points. Orangutan Gaming Champion

With a decent lead at the end, Orangutan Esports won a total of $150,000, but Team Soul had one of the most spectacular performances in the competition. In just six matches, Soul climbed from sixth to second place.

Here are Mapwise Standings for day4:

The MVP award was given to the top player in the event, and Ninja from TSM India won it after demonstrating that he is among India’s top-rated players. The following are the top five players in BMOC: The Grind. 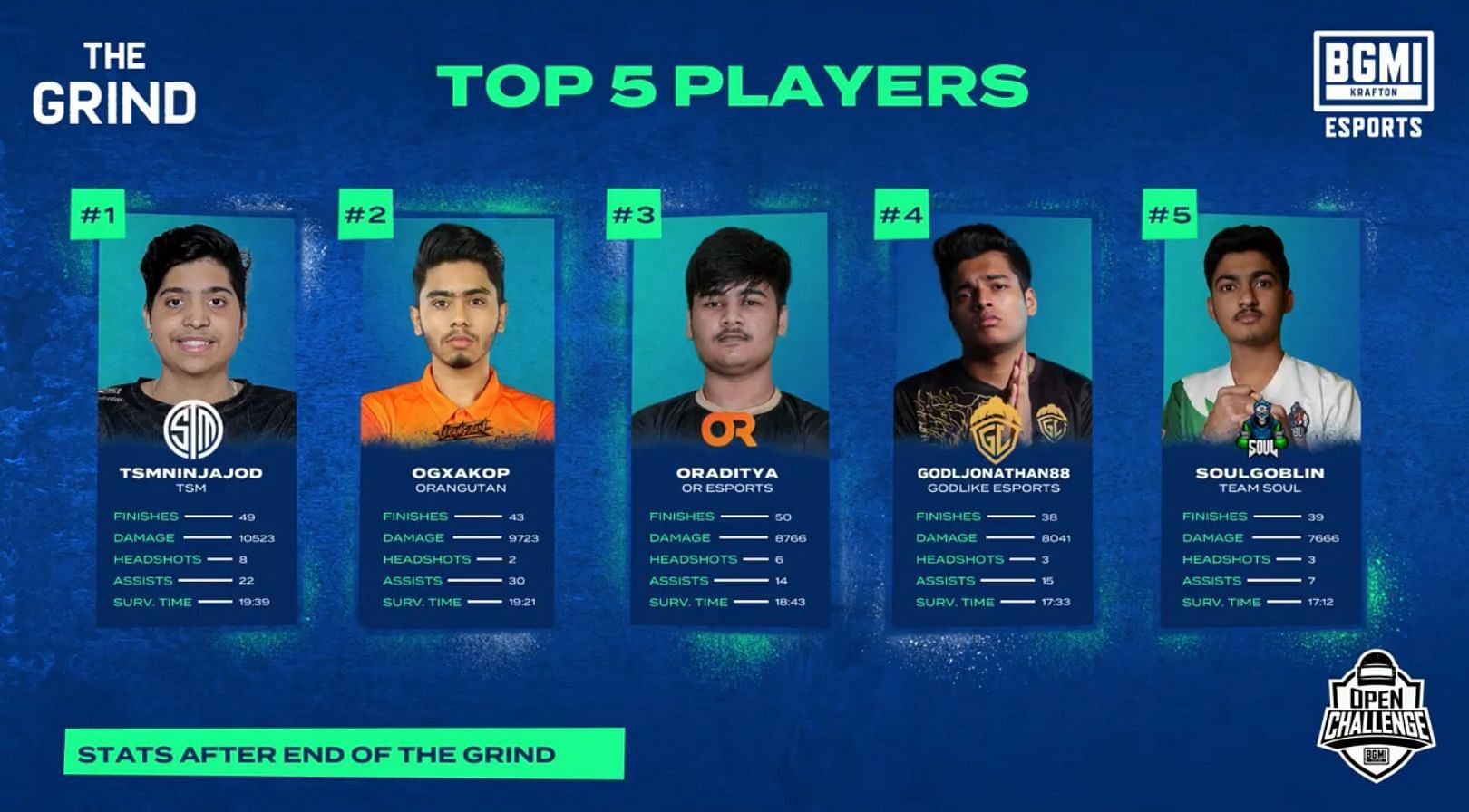 Read More: 2022 Season of ClashMSTRS has been announced with a $50,000 total prize pool

VCT Masters 2022 Playoffs: 3 Out of Top 6 Teams are from Asia Pacific