The second week of the battlegrounds Mobile India master series has started today with the top 24 teams battling in the Qualifiers for the Weekly Finals slots. Three groups of eight teams will compete in a robin round format and play eight matches each for the top 16 spots. The second week of the competition features two stages in the form of Qualifiers and Finals. In Qualifiers, three matches will be played on each of the maps. The following were group distributed:  BGMI Masters Series Points Table

At the end of week 2 day 1, OR eSports was able to secure the first position in overall standings by 23 finishes and 28 placement points followed by team Soul and FS eSports for the second and third positions by 36 and 30. overall points. BGMI Masters Series Points Table 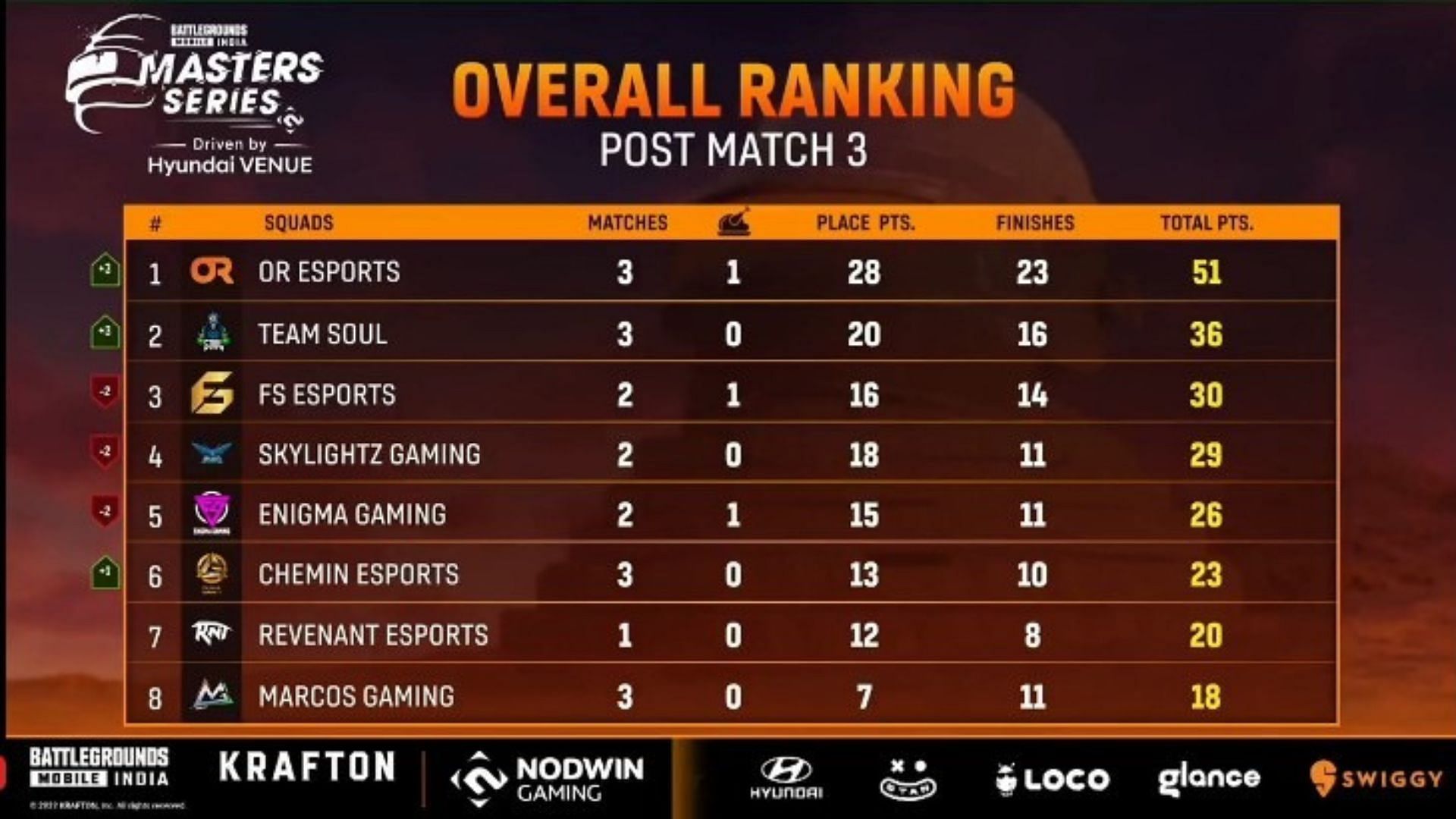 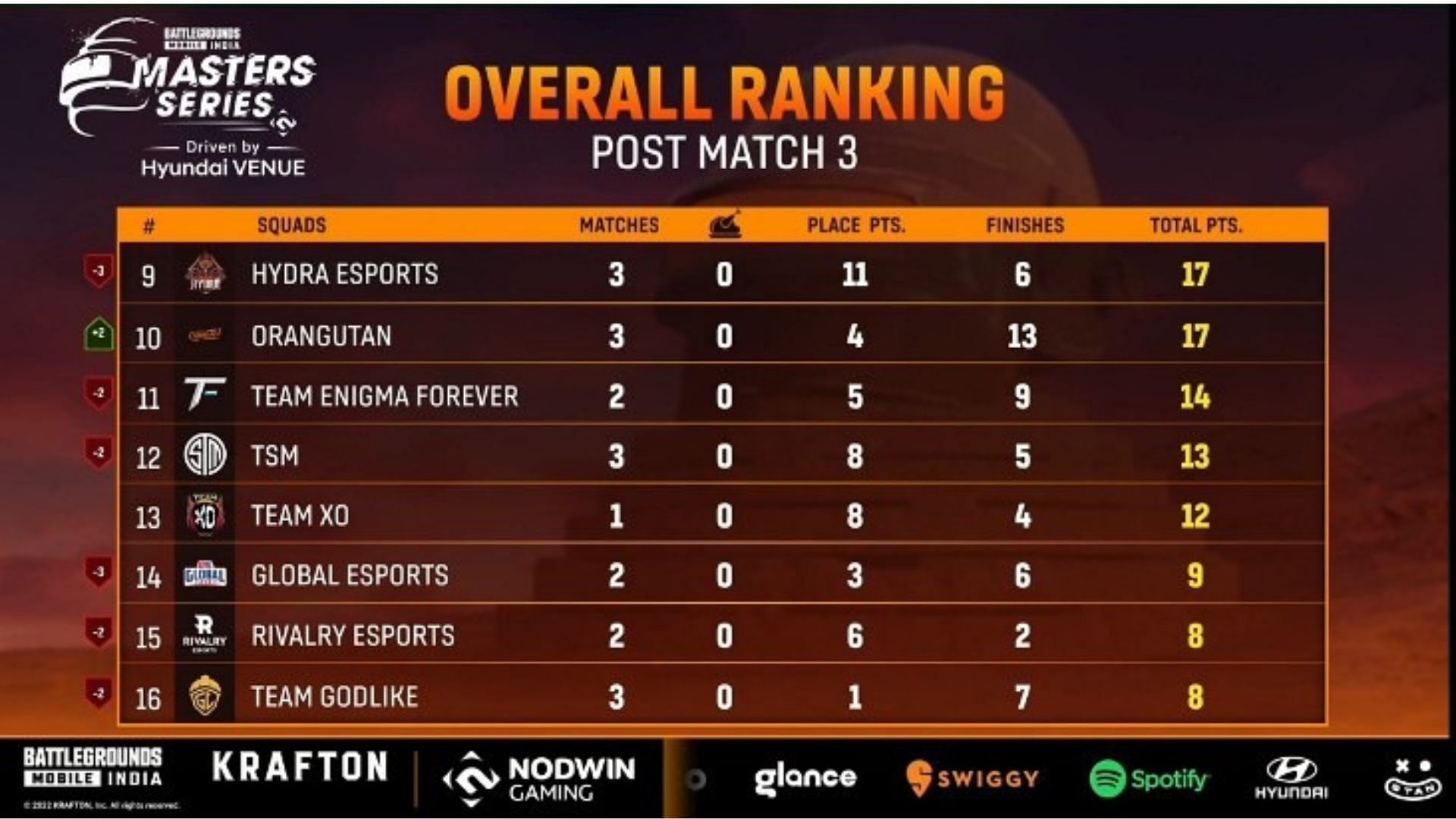