The third week of the BGMI Masters Series 2022 has ended today with the top 24 teams fighting in the Qualifiers, Each team will play eight matches throughout the qualifying round’s 12 matchups. Three matches will be played each day amongst the 24 players, who will be divided into three groups of eight teams. At the end of week 3 day 1, Orangutan secured the first position in overall standings by 20 finishes and 30 placement points in three matches followed by Chemin and Team OR for the second and third position by 39 and 29 overall points. Following teams and schedule took place for day 1 week 3: BGMI Masters Series Points Table 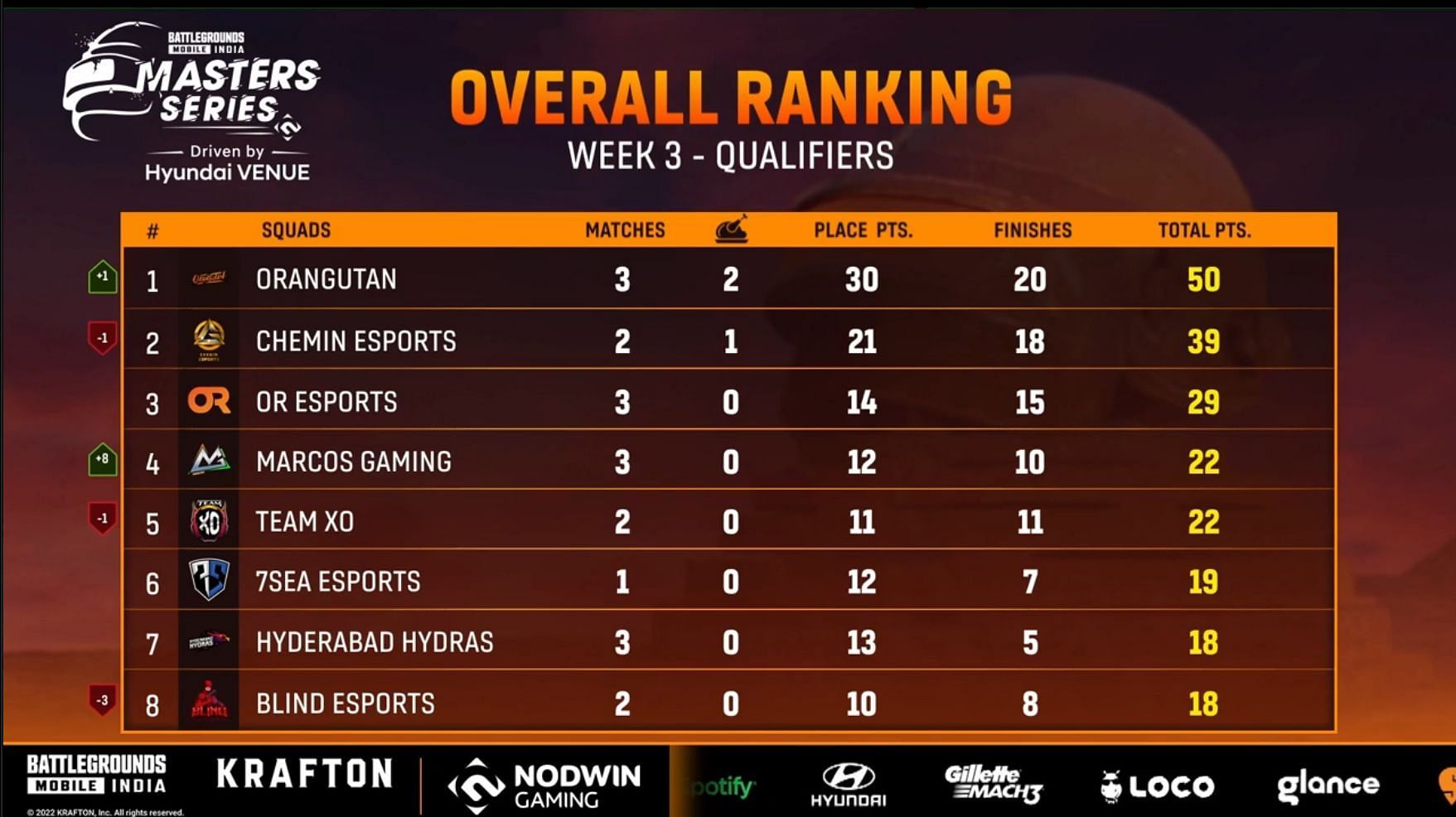 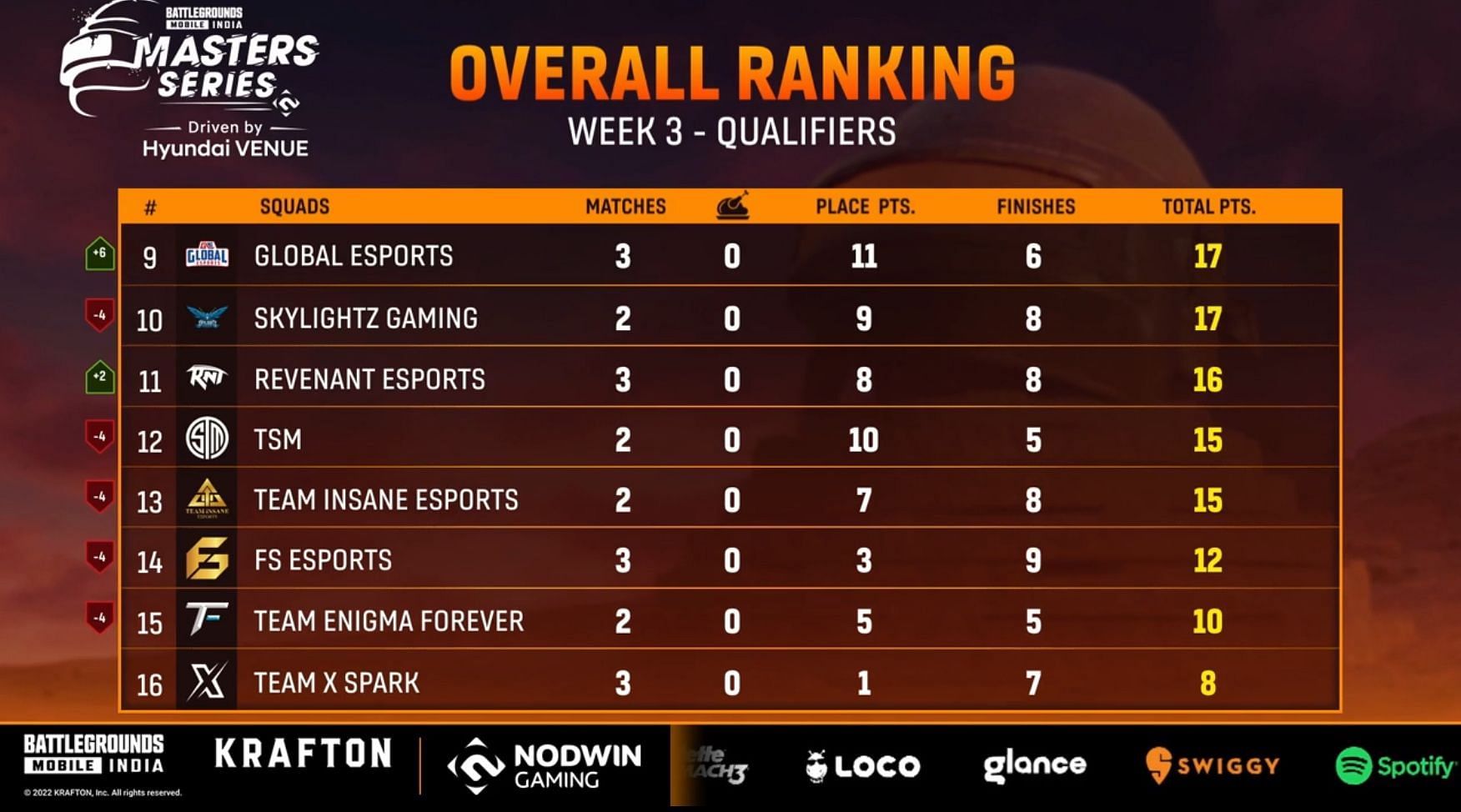 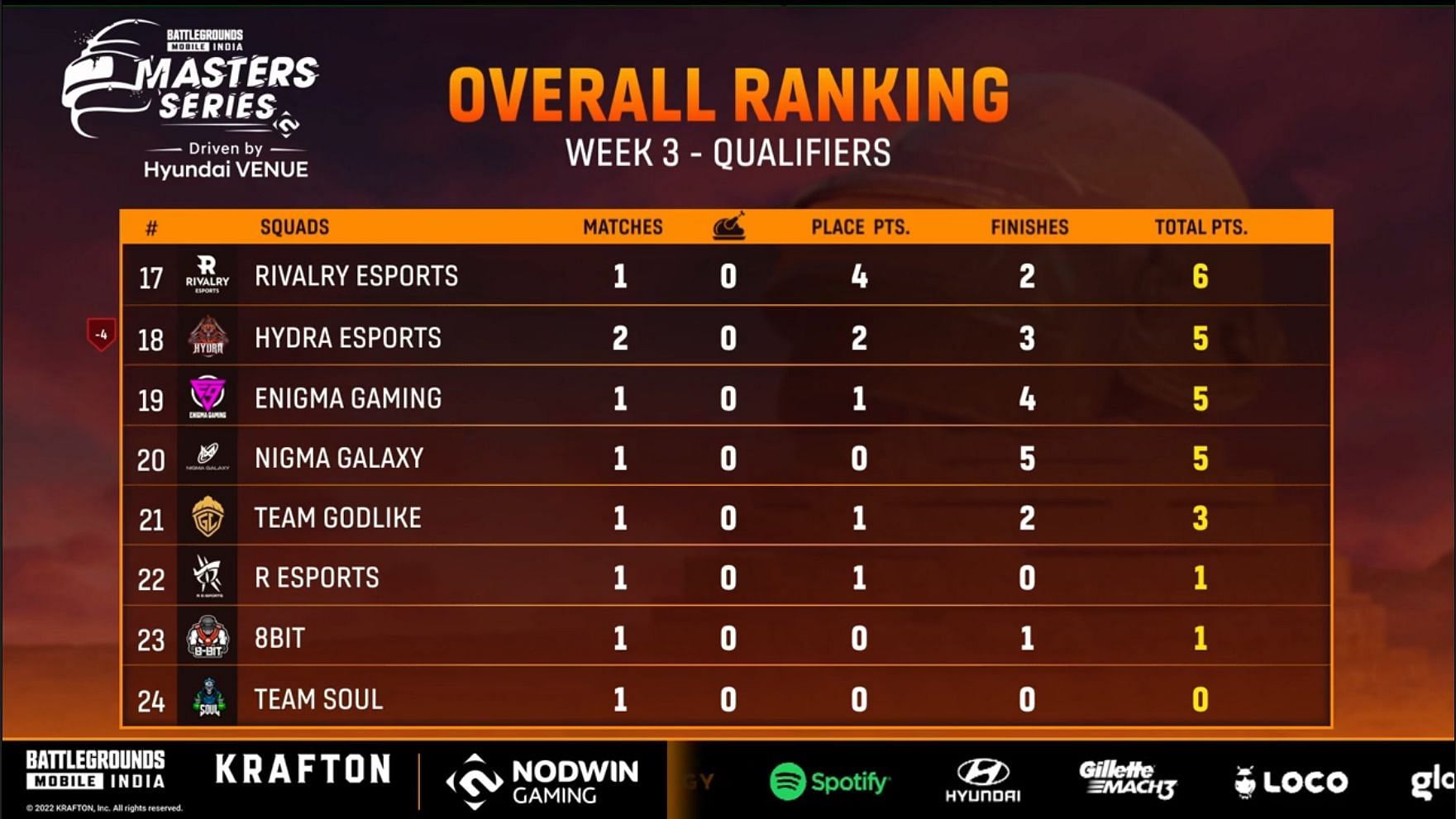 The third week’s qualifications will be live-streamed on Star Sports 2, LOCO, and Galance from 8 p.m. IST to 10.30 p.m. IST. The week 3 qualifiers will take place till 7th July 2022. The top 16 teams based on the overall standings of qualifiers will move to week 3 finals. BGMI Masters Series Points Table

PMWI 2022 After Party Showdown: Tencent launches in-game voting, top teams will be invited to the event