The Battleground Masters Series 2022 Week 3 Finals concluded with the top 16 teams advancing to the grand final week. Enigma Gaming secured first place in the overall standings at the conclusion of day three of the week three finals with 61 finishes and 83 placement points, followed by Godlike and Team Nigma galaxy for second and third place with 131 and 124 overall points respectively in a total of 12 matches of the week three finals. Amazing teams like X Spark, 7seas, and TSM did not advance to the grand finals as a result of their subpar play the following week. Godlike managed to qualify in sixth place all thanks to an incredible comeback. BGMI Masters Series League Stage Standings

In Erangel Team XO won the first match of the day by 13 finishes, while Team Enigma Forever came in second with 10 finishes and WWCD. OR able to secure third place with 6 finishes. Fierce was named MVP by 6 finishes.

In the second match of Sanhok, Godlike secured the first position with 9 frags, followed by Skylights and Team XO by 7 and 5 frags. Jonathan was named as MVP by massive 5 frags. BGMI Masters Series League Stage Standings

Team Insane won the third match in Miramar with 5 finishes. Enigma gaming secured the second position with 9 frags. followed by Team XO with 5 finishes for third place. Eggy was named MVP by 5 finishes

In Erangel Nigma galaxy won the fourth match of the day by massive 7 frags, while Chemin eSports came in second with 8 finishes. Enigma gaming was able to secure third place with 6 finishes.
MJ was named MVP by 5 finishes. 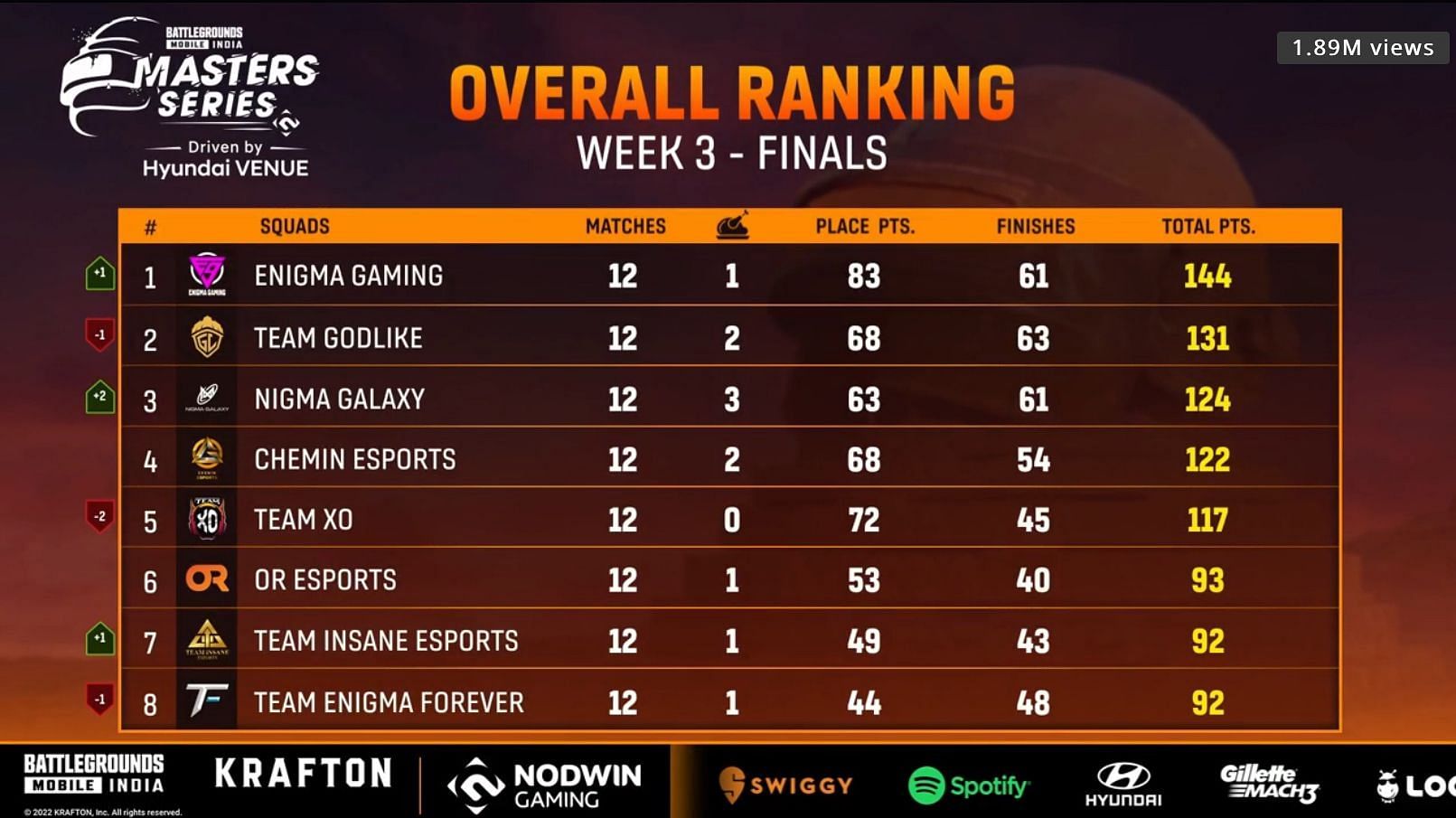 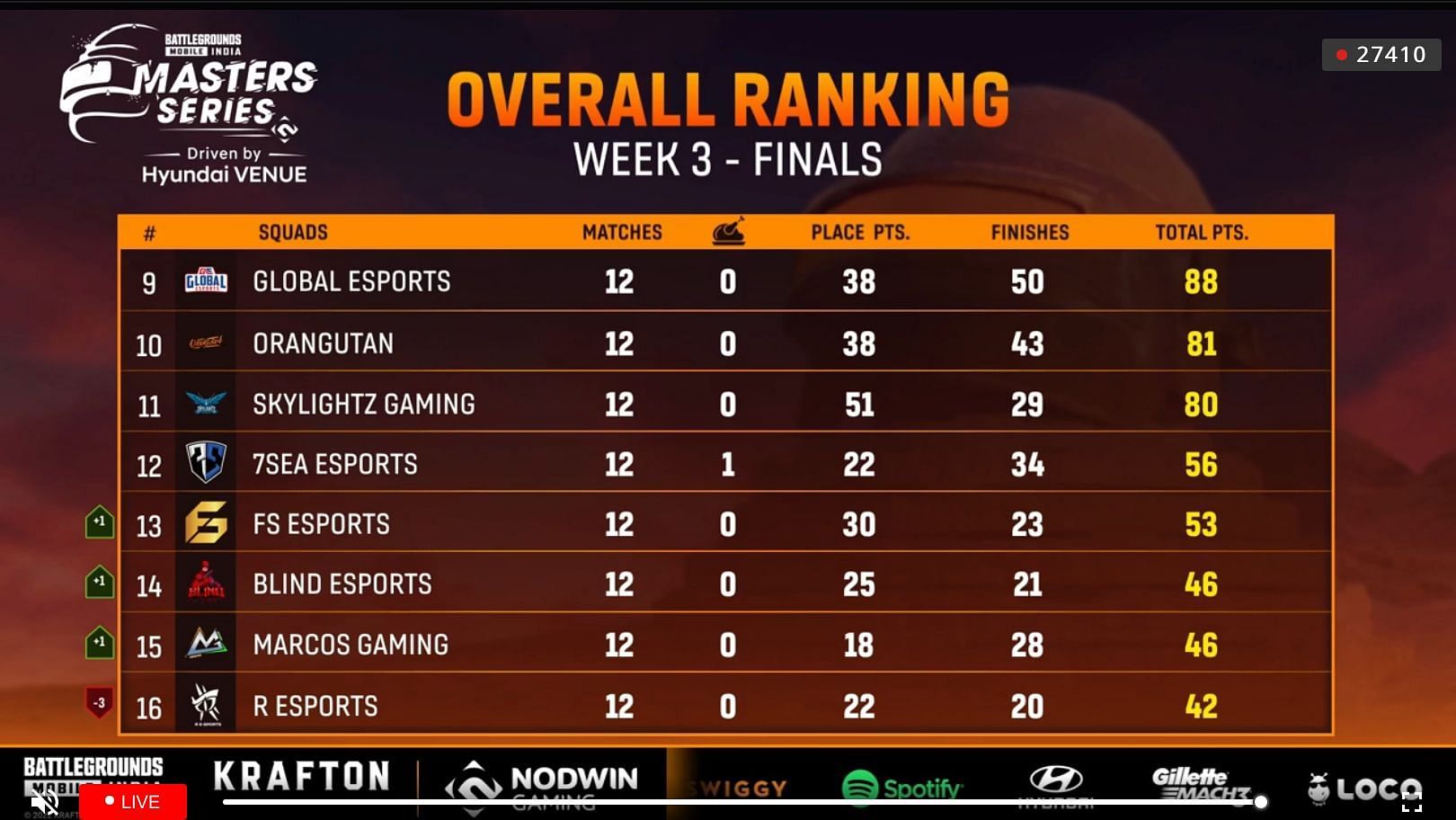 The top 16 teams from the overall rankings have qualified for the Grand Finals, which will take place from July 13 to 17. This follows three weeks of intense contests. The bottom eight teams in the overall rankings were expelled from the BGMI Masters Series for their underwhelming league-stage performances.